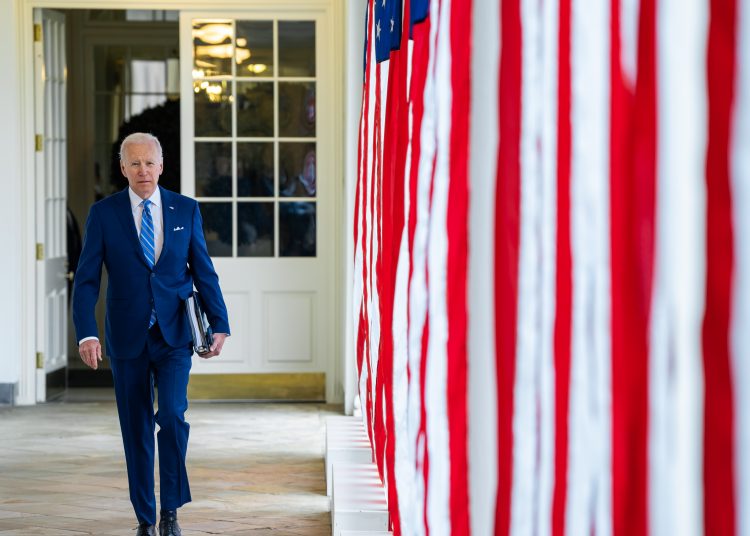 President Joe Biden walks along the Colonnade of the White House, lined with American flags, Wednesday, May 4, 2022, to the Oval Office. (Official White House Photo by Adam Schultz)

President Biden announced the partnership in remarks at the G7 Summit in Schloss Elmau, Germany. He also announced new flagship projects and laid out his administration’s comprehensive effort to execute that partnership in several areas, including health and health security, digital connectivity, gender equality and equity, climate and energy security.

The American leader announced that the U.S. aims to mobilize $200 billion for PGII over the next 5 years through grants, federal financing, and leveraging private sector investments. Together with G7 partners, the countries aim to mobilize $600 billion by 2027 in global infrastructure investments.