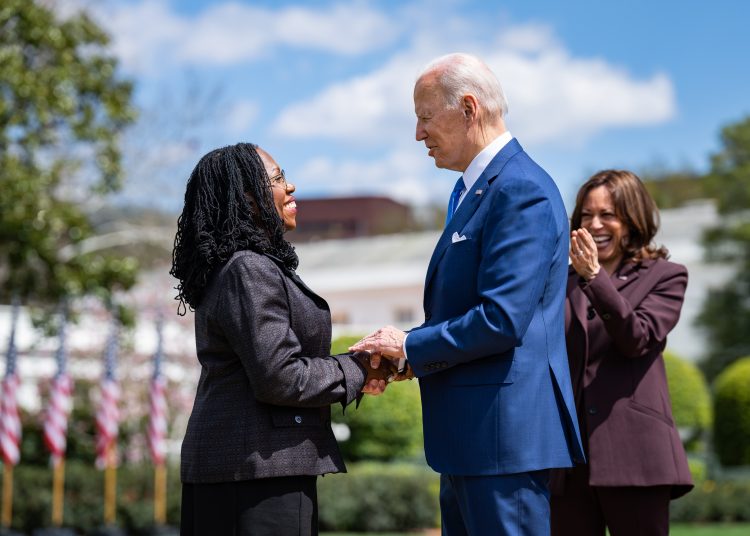 Ketanji Brown Jackson was sworn into office on Thursday as the first Black woman to become a U.S. Supreme Court Justice. She was sworn in immediately following the end of the court’s term and Justice Stephen Breyer’s retirement. Breyer retired from the court at noon on Thursday after more than 25 years.