Top U.S. Senators call for free, fair and peaceful election in Angola on August 24, urge all political parties not to use violence ‘whatever the outcome of the vote’ 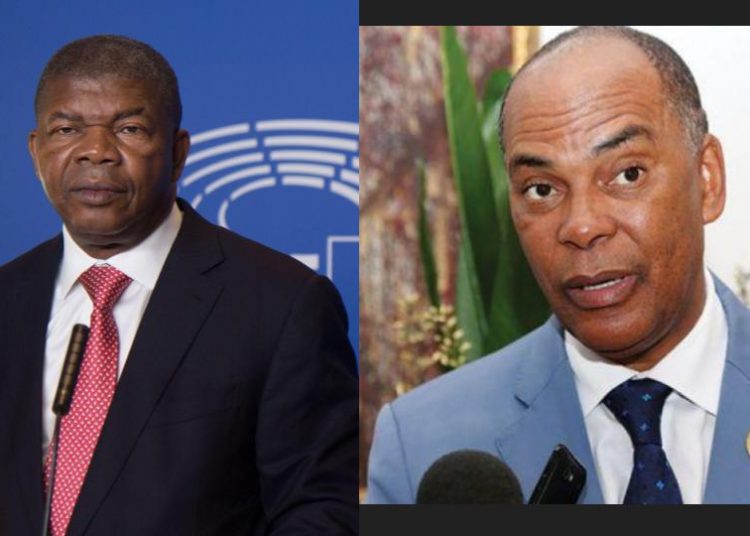 Top United States Senators on Tuesday introduced a Senate resolution calling for free, fair, and peaceful elections in Angola on August 24, and urging all political parties not to use violence whatever the outcome of the vote. They should rather work together to develop and implement reforms that will benefit all Angolans, as the southwestern African nation continues to strengthen its democratic institutions.

The resolution urges “all political parties in Angola to pledge that they will not use violence during or after the election, will respect the outcome of the vote, and will investigate any disputes peacefully, using legal mechanisms.”

It also urges “the people of Angola to exercise their right to vote on election day and calls on all parties to work together, whatever the outcome of the election, to develop and implement a broad-based reform agenda, undertaken in collaboration with civil society, that will address the most urgent issues facing Angola.”

In addition to urging the government of Angola to take specific steps to ensure the credibility of the upcoming election, the resolution also calls for the United States to hold accountable any actor from any political party or group who might try to subvert the electoral process or use violence during or after the election on August 24.

Angola will hold a general election to elect its President and National Assembly on August 24, 2022, the country’s fifth multiparty election since 1992. Angola’s two main political parties, the People’s Movement for the Liberation of Angola (MPLA) and the National Union for the Total Independence of Angola (UNITA), were the principal belligerents in the country’s 26-year civil war. However, in 2017, the country experienced its first presidential electoral transition when President Joao Lourenco of the MPLA succeeded Jose Eduardo dos Santos, also of the MPLA, who ruled Angola for 38 years.

In the past five years, human rights and anti-corruption organizations have noted some significant progress in the strengthening of the rule of law and government institutions, the respect for human rights, and the fight against corruption.

The presidential election on August 24 is a straight fight between João Lourenço of MPLA, who has been in power since 2017, and Adalberto Costa Júnior of UNITA, the country’s main opposition party.

João Manuel Gonçalves Lourenço, who was born March 5, 1954, has served as the president of Angola since September 26, 2017. He was Minister of Defense from 2014 to 2017. In September 2018, he became the Chairman of the People’s Movement for the Liberation of Angola (MPLA), the ruling party. He was the party’s Secretary-General from 1998 to 2003.

Adalberto Costa Júnior, who was born on May 8, 1962, is the current president of UNITA and a member of the National Assembly of Angola who trained in electrotechnical engineering at the Instituto Superior de Engenharia do Porto and in public ethics at the Gregorian University in Rome. Costa Junior was elected as president of the UNITA in 2019, ending Isaias Samakuva’s 16-year term. He is known to have campaigned against public corruption and was the grandson of Jonas Savimbi.

Jonas Savimbi was an Angolan revolutionary politician and rebel military leader who founded and led UNITA. UNITA waged a guerrilla war against Portuguese colonial rule from 1966 to 1974, then confronted the People’s Movement for the Liberation of Angola during the Angolan Civil War. Savimbi was killed in a clash with government troops in 2002.

Lourenço, who is largely expected to win, has touted his achievements in several areas, including the fight against corruption, the strengthening of the rule of law, the opening of the Angolan economy, and investments in several sectors such as healthcare and development. Costa Júnior, who is the underdog has also campaigned against public corruption and promised that he would speed up the country’s development.

“Regardless of who wins this election, I call on all political actors to work together to develop and implement reforms that will deliver greater government transparency, prosperity, equality, and liberty for the Angolan people,” Senator Menendez wrote, adding that “After enduring decades of autocratic rule and mismanagement of state resources by one man and one party, Angolans deserve a chance to institutionalize the practice of choosing their own leaders through a free and fair process.”

“According to Freedom House, Angola is ‘not free’ – with a history of repressing democratic freedoms,” noted Senator Cardin. “Our resolution calls on the government of Angola to break away from its historic repression and hold free, fair, and peaceful elections later this month.”

“Angola has been ruled by one party since its independence, and the upcoming elections have already been marred by attempts to silence and intimidate opposition parties. We urge all parties involved to act in the best interests of the people of Angola and to give all Angolans an opportunity to finally have their voices heard through a free, fair, and credible democratic process,” added Senator Van Hollen.

The resolution introduced on Wednesday notes that “despite holding regular elections and having active political opposition parties, Angola is classified as ‘‘Not Free’’ by Freedom House due to the ruling MPLA’s abuse of state institutions to control political processes and limit free expression.”

It says “mass media in Angola is controlled or highly influenced by the state, independent journalists face harassment, opposition parties are subject to bureaucratic interference, and fewer than half of Angolans feel free to speak their mind, according to a 2019 poll by Afrobarometer.”

It adds that “Angola is in a period of economic and social crisis, with widespread frustration over the poor state of the oil based economy and persistently high rates of poverty, inequality, and public corruption,” and that “since 2020, Angolans have expressed their dissatisfaction through frequent public protests, which have been met with arrests and police violence against protesters.”

It warns that failure not to hold a credible election will dangerously exacerbate political tensions in Angola, and urges the government to ensure the credibility of elections by allowing for all parties and candidates to campaign without undue restriction, harassment, or intimidation, and by publishing and freely disseminating electoral information, including voter rolls and election results, as well as by permitting the unrestricted participation of independent election monitors, including by inviting the European Union to send an election observation mission, as the European Union has stated it is prepared to do.

This should also be done by ceasing the use of state resources and institutions to support or promote particular political parties or candidates; and reversing the ban on opinion polling during elections.