President Joseph R. Biden Jr.‘s economic plan is working, the White House said on Thursday, citing new unemployment claims, which have dropped below 400,000 for the first time since March 2020 from a pick of 800,000.

“When President Biden took office, over 800,000 new unemployment claims were being filed every week on average. While weekly data can be volatile, today, thanks to the President’s success in defeating the virus and getting economic relief to American workers and families, the four-week moving average for initial unemployment insurance claims declined yet again – and it is now below 400,000 for the first time since March 2020. This is further proof that President Biden’s economic plan is working,” the White House wrote. 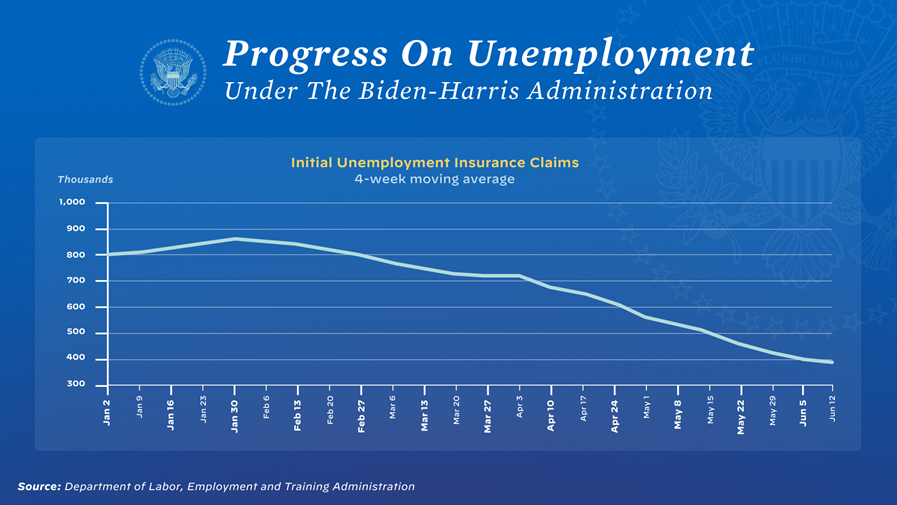 On Thursday, the Conference Board’s leading economic indicators (LEI) index, a measure of current economic conditions, increased for the third consecutive month in May.

It noted that “while the data can be noisy and move around from week to week the trend is clear: economic growth is up, unemployment is down, and America is roaring back thanks to the President’s leadership.”

Please consider supporting us by disabling your ad blocker